Gabrovo 2020 and the world’s leaders

Gabrovo 2020 and the world’s leaders

On May 20 th, 2017, the greatest summit in the history of the diplomacy took place in Gabrovo: GABROVO 2020 – 20 delegates from different historical periods and from all four quarters of the globe gather each other for the recognition of Gabrovo as a world economic, cultural and geopolitical center.

Next year, our city takes over the presidency of the Council of the European Union and also becomes the headquarters of the United Nations, NATO, D 7 and UNESCO.

The special FBA agent D.S. and F.M. were there to keep under observation the summit and avoid eventually some alien or earth invasions follow on the tracks of X files, because THE TRUTH IS OUT THERE…………………IN GABROVO. 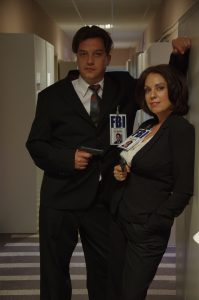 Headed by the STATUE of Freedom, Labour and Perseverance  – the goddess of peace and free love abandoned his home – the  Hudson river so can marry Racho Kovacha and be next to him in their new home – Jantra river. 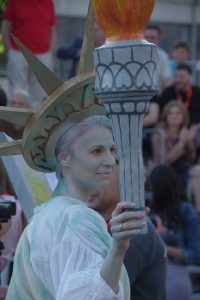 From Versailles Palace, with all the splendor of the French court, the Queen of France – MARIA ANTOANETA proclaim Gabrovo as a world cultural and culinary capital. 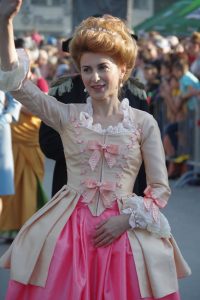 The Queen  decretive the white bread production for gluten-free pastry. As you can see here was also The President of Russia VLADIMIR PUTTIN, who opened  the first  non-stop interactive vodka museum in Gabrovo with admission free, obligatory consumption of vodka and follow- unique 3D experiences. With this event starts the project “South Stream”,  envisages the construction of a pipeline, which will directly supply vodka to all settlements in Gabrovo Municipality. 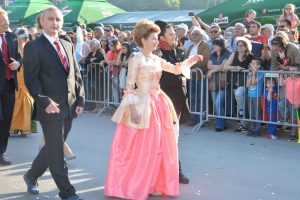 El Commandante FIDEL CASTRO – the father of the revolution became the patron of the first mega factory for the production of Cuban cigars, Hawaiian rum and cabaret actresses, the Gabrovo glory during the Renaissance. 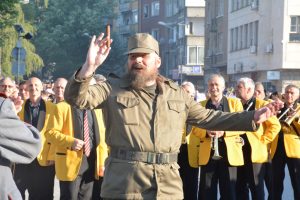 From the third German Reich here comes ADOLF HITLER for the official twinning ceremony between Gestapo and Gabrovo Ministry of Interior for a clean and safe urban environment and YOSIF STALIN from the Central Committee of the CPSU, who confirm the Novosibirsk district transfer to the administrative boundaries of Municipality of Gabrovo. 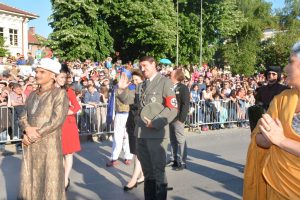 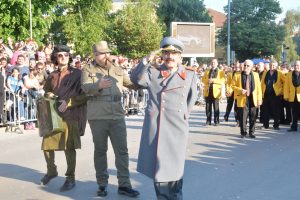 MUAMAR KADAFI from Tripoli arrived to transfer all the assets of the Libyan National Petroleum Company to the Municipality and thus put an end to Gabrovo’s oil dependence on Sevlievo.

The first official abroad visit of the new US President Donald Trump was in Gabrovo. In goodwill, he donated $ 5 billion to our city from the US Federal Reserve so we can rebuild the city tower into a spa hotel for Mexican emigrants. There was also his wife, MELANIA, who announced that the annual Oscar Academy Awards ceremonies  will be held only in Gabrovo. 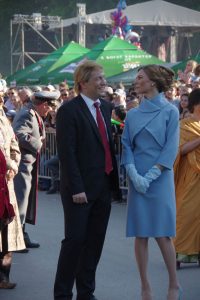 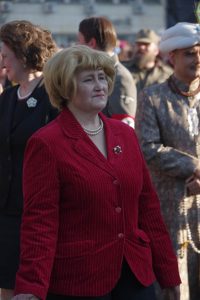 German Chancellor ANGELA MERKEL was here to open a new framework program for building rehabilitation, fences, barricades and trestles, district heating, gasification and sewerage, also a factory for one-seat Mercedes production especially for old people – model Dyado Dianko. Among the delegates were also BARAK and MISCHEL OBAMA, who personally lead the relocation of NASA’s Air Force Base to the newly-built cosmodrom for space researches at Raynovtsi Town Hall. 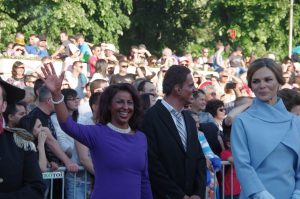 Duchess KATE MIDDLEON was here for the first sod of the tunnel which will make the connection between La Mancha tunnel and  Shipka tunnel and also for the lifetime twinning between Thames and Yantra rivers, and the Iron Lady – Baroness MARGARET TACHER came to take the lead of Gabrovo Conservative Party uniting the interests of conservative women and canned food producers. 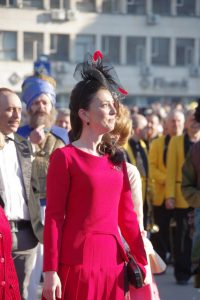 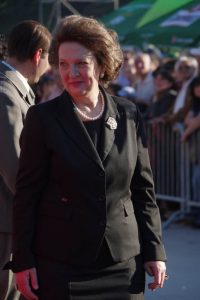 The prime Minister of India INDIRA GANDI, put an end to the embargo on the  turmeric import, curry and saffron – traditional spices in Gabrovo cuisine. The Sultan of the Ottoman Empire, Suleiman the Magnificent
left his harem far east and now will spend 1001 nights in Gabrovo so to increase the Trendafila growth with 1001 babies. 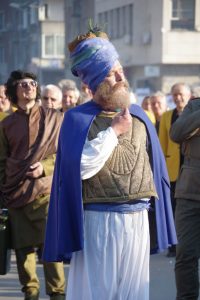 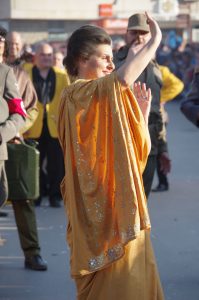 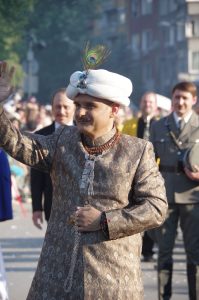 Napoléon Bonaparte after the Waterloo battle left France forever and settled down in Gabrovo to launch a fashionable line of men’s underwear under the brand name “Jozefina forever.” The godfather DON VITO KORLEONE, official representative of the five families Corleone, Tatalia, Luciano , Genovese and Capone, testifies the respect of Cosa Nostra to this great moment by observing the law of the Omerta for everything he hears and sees in Gabrovo during the carnival fiesta. 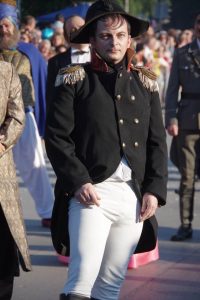 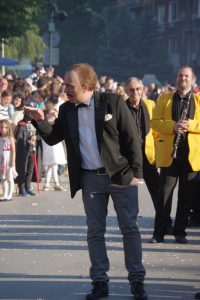